Laystrom Manufacturing Co. was founded in 1951, but our roots trace back to a small machine shop and hardware store founded in the early 1920’s. In those early years, members of the Laystrom family owned and managed Quality Hardware. Quality Hardware performed machining, tool and die building, and metal stamping services for the vibrant Chicago OEM manufacturers.

After the war, the Laystrom family sold the business but later repurchased many of the assets of the company, and formed Laystrom Manufacturing Co. The founders Len Laystrom, Hilding Laystrom and Carl Schwartz were active through the early 1960’s. The second generation leaders included Dick Laystrom, Bill Laystrom, Art Karsel, and Jim Briggs, who were active up until the late 1990’s.

Since the late 1990’s, the company’s 3rd generation leadership team has been in place. During this period, Laystrom acquired 2 companies – metal stamper Grant Industries (2003) and Nitram Metal Fabricators (2006). These acquisitions provide the company with expanded capability to quickly respond to customer needs and meet the growing demand for high mix/ low volume precision metal fabricated or stamped parts and assemblies. After 60 years, we still do work for some of the same original customers from the 1940’s and 1950’s.

Since 1951, we have gone through many changes. Our customer base is no longer focused in the Chicago, or even the Midwestern US region. We serve national and international markets. Our process orientation has shifted completely away from production machining and stamping, and fully to towards world class metal fabrication and assembly. Previously our orientation was to use ‘hard tooling’ approaches to producing metal formed parts, but now we pride ourselves on our ability to use the most appropriate technology (including laser cutting, precision forming, collaborative robots) in our production process.

Some things do not change – our focus continues to be to provide excellent service, competitive pricing, and quality products to our OEM customers. 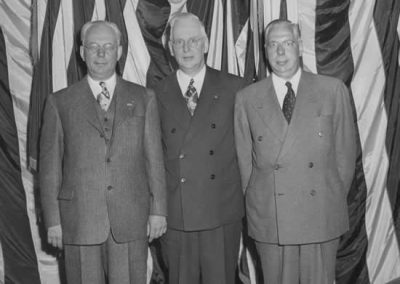 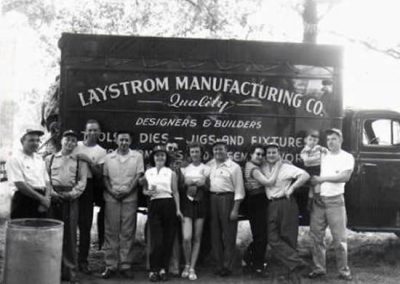